Tess Thompson Talley is an american women who has caused an  outrage on social media after she posted pictures of herself posing next to a slaughtered black giraffe while on a hunting trip to South Africa and it went viral.

Africa Digest posted the picture of Thompson Talley on their Twitter feed with the following caption:

“White American savage who is partly a neanderthal comes to Africa and shoot down a very rare black giraffe courtesy of South Africa stupidity. Her name is Tess Thompson Talley. Please share. If our so-called governments can’t care for our wildlife then its time we stand up and responsibility of our continent, lands, resources, and wildlife…. share share share! and let’s have a united voice against pillage of Africa, it’s the only home we have.”

She claimed that half of the giraffe’s meat was donated, except for what she herself ate for dinner, that she described as “absolutely delish.”

White american savage who is partly a neanderthal comes to Africa and shoot down a very rare black giraffe coutrsey of South Africa stupidity. Her name is Tess Thompson Talley. Please share pic.twitter.com/hSK93DOOaz

“Hunting may not be for everyone, but it’s MY passion!

I’m thankful for every hunt and every memory!”, she added.

Despite being posted almost one year ago, the images of Ms. Talley’s kill recently went viral and caused a backlash. 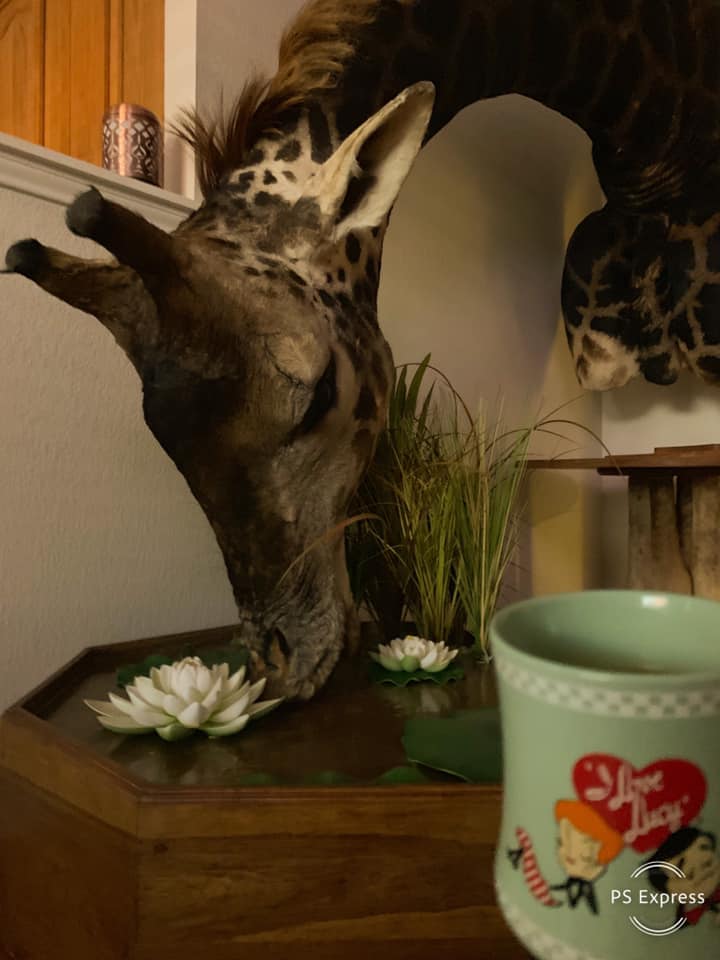 The Actress Debra Messing condemned Ms. Talley for her actions as well.

Of those trophies, approximately 20,000 a year were animals that have been classified as being threatened with extinction by the IUCN.

44 percent of the traded trophies were black bears which tended to be hunted in Canada and the US. Mountain zebras, African elephants, Chacma baboons, leopards, and lions were also among the most traded trophies in the world.

Some countries have recently started to give in to public outrage about trophy hunting.

Several countries including India, Kenya, Brazil, and Botswana have banned the practice altogether in their jurisdictions.

Other countries like Australia, France, and the Netherlands have also banned the importation of trophies of lions, and the UK is likely to follow suit.

Many South Africans hope that their government will also follow suit and ban trophy hunting.

Others, though, are more cynical pointing out that since the government doesn’t seem to care too deeply about addressing serious human issues like poverty, human rights abuses, and soaring crime it is doubtful that they will act to protect animals.